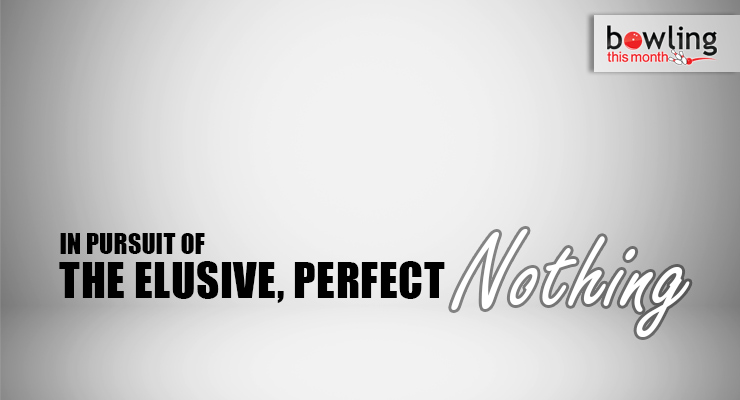 We as bowling writers are entrusted with the responsibility of constructing instructional articles that will be of benefit to the largest number of bowlers possible. Unlike one-on-one coaching situations or even clinics, we do not have the opportunity of understanding how each of our readers learns. As a result, we tend to write about purely physical things like lane adjustments, bowling balls, and the physical components of the game.

Being that I, as a bowler, have very little physical ability, I rarely refer to anything that I do personally when writing instructional articles, choosing instead to rely on observations of good bowlers, as well as the experiences of my coaching students. In this rare instance, however, I happened on something myself that led me to write this article.

I was bowling one night on a team with some very good bowlers. We were bowling on lanes that are not stripped and oiled before league; only a 25-foot head run is applied before league. It just so happened that we were bowling on a pair of lanes that had been used earlier that day by the highest averaging league at the bowling center. One of the other bowlers on the team was a former PBA touring pro. At the end of the first game, I had bowled 30 pins under my average, and he had bowled more than 40 pins below his average. He commented that there really was no shot on that pair that night.

As neither of us could find a line that gave us any consistent reaction, at the beginning of the second ...

Image credit: Grey background (©iStock.com/Tevarak) is licensed for use by BTM and is the copyrighted property of its original creator.