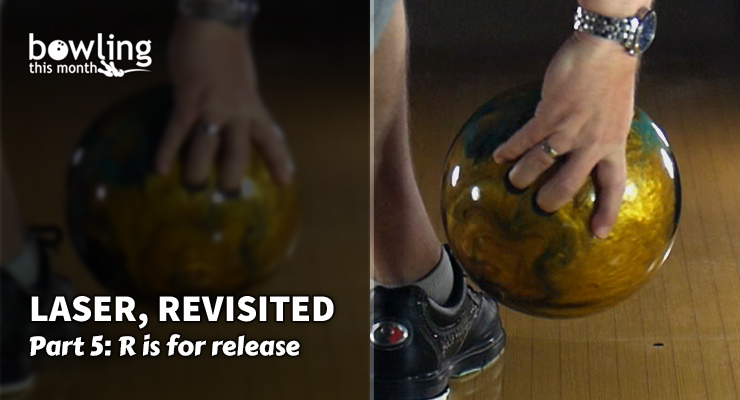 And here we are at last. The day is about over for Barbara the Tournament Bowler, our fictional heroine of the lanes. As detailed earlier in this series, Barbara is bowling in an eight-game tournament, and she’s about to bowl her eighth game.

Barbara is a pretty good bowler. A righthander, she averages around 190 on a house shot in her mixed handicap league—she’s a fairly big fish in a little pond. She bowls in quite a few local handicap tournaments, too, but today she’s taken a big leap: a scratch tournament, contested on an 8:1 ratio house shot.

In her local tournaments, as in league, Barbara is accustomed to bowling three games on one pair of lanes. But today, she’s bowling eight games and moving to a different pair of lanes after every game. That many games can be physically tiring, and changing lanes can be a mental strain. But there’s another challenge, too. Read on.

Barbara bowls in a trios league: three bowlers per team, with everyone, as noted above, bowling three games. That’s a total of nine games bowled on each lane, each league session. But today’s tournament is different. There are just two bowlers per lane, but everyone bowls eight games: that’s 16 games bowled on each lane—almost twice the number bowled in her league. With that many games, Barbara’s biggest obstacle this final game will be the phenomenon known as carrydown.

Carrydown is oil that’s dragged (“carried”) down the lane as a ball rolls, leaving strips of the stuff here and there, causing balls to react unpredictably. All balls contribute to carrydown. High performance, high-flare balls are essentially large, porous sponges, so they mostly absorb oil rather than carry it down the lane. It’s the low-flare and non-absorbent balls that cause the most carrydown. And there are quite a few of those types of balls being used as the day winds down.

But Barbara isn’t worried, because she has an ace up her sleeve: she’s learning about the principle of LASER, the acronym representing the five components of bowling we can control through adjustments:

Barbara has spent the day—a long one—adjusting her loft, moving her angles, increasing her ball speed, and changing equipment. After seven games, she’s worn out. The 8:1 house shot she’s been bowling on today would be no problem in one of her three-game tournaments, but now, after seven games, she’s lost. As she completed game seven, the lanes were—to use a technical term—squirrelly. One time her ball hooked, the next time it hit a strip of that carrydown oil and straightened out. She managed to eke out a ...