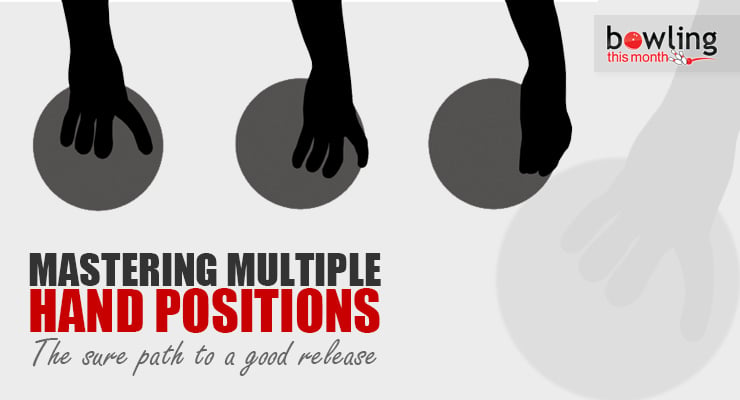 One of the most important aspects of sound fundamental bowling is a good release, which depends on placing the ball well back into the hand. At the release point, the thumb exits quickly, the weight of the ball is transferred to the fingers, and the fingers project the ball INTO the lane. But, mastering more than one release can give bowlers a distinct advantage over those with limited skills.

Two of the greatest players in the game, Chris Barnes and Norm Duke honed their skills through grueling match game competition. Duke’s versatility can be traced to his innate ability to alter hand positions at any given opportunity. Chris Barnes, generally regarded by his peers as the most complete player in the game, can also attribute his meteoric rise to stardom to his mastery of hand positions. The late Earl Anthony was masterful at both hand position and speed. Much like Anthony, Mike Aulby did not rely on an overpowering strike ball, but compensated by applying proper hand position, changing speeds, and maintaining accuracy.

The smartest professionals utilize a straight ball for converting single pins, particularly corner pins. It is agonizing to watch otherwise good players throw a wide-arcing ball at single pins, particularly when they are addressing corner pins. For a straight ball, the proper middle-finger location is at 6 o’clock. The wrist should be broken back and the ball triggered by driving the two middle fingers straight through to the 12 o’clock position with NO finger rotation whatsoever.

Straight balls have become more useful for safety measures when counts of six or more are needed to insure victory. The straight hard shot has become even more significant since Del Ballard’s ill-fated gutter shot on a fill ball that cost Del a championship against Pete Weber several years ago. Ballard needed seven pins in the 10th frame to clinch a win, but instead of playing it safe by throwing it down the middle, ...