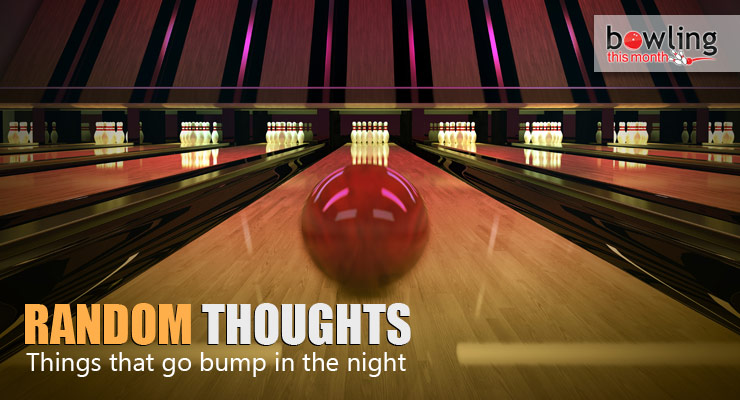 There was a silence full of anticipation as Mika Koivuniemi prepared to throw his first shot in the tenth frame of the third game of the WSOB eight-man stepladder finals at South Point in Las Vegas. Mika needed only 9-spare-9 or 8-spare-X to sneak past Michael Haugen by a slim 234-233 margin. As Mika finished his approach, a distinct thunk was heard as his ball hit the lane. The only other shot that he had thrown that game that sounded like that was a terrible shot in the sixth frame that left him a tough 3-6-10 spare. His shot in the tenth yielded the same ugly result. After making the spare and knowing that he needed a strike in the eleventh to tie the game, I paid careful attention to the sound that the ball made as it contacted the lane. While not the ugly thunk that I heard in the sixth and tenth frames, the pitch of the sound that the ball made was just not quite right. When the pins finished their dance on the pin deck, the lone 10 pin stood as if mocking Mika’s effort. He had lost to Haugen by one pin and I felt that I was on to something.

The next game, when Haugen took on eventual winner Chris Barnes, I started to really pay attention to the sound each shot made as the ball hit the lane surface. I thought I heard a slight difference in sound when the ball ended up leaving a 10 pin, but I couldn’t quite put my finger (or ear) on the difference. Once, when I heard the sound on a shot that Barnes threw, the 10 pin stood briefly before a pin came up out of the pit to take it out. Was I imagining things?

After five or six frames of that second game, when it was clear that Barnes’ and Mika’s plan to shut Haugen out in practice (the subject of a whole ...

Image credit: Bowling background image (©iStock.com/3dmentat) is licensed for use by BTM and is the copyrighted property of its original creator.