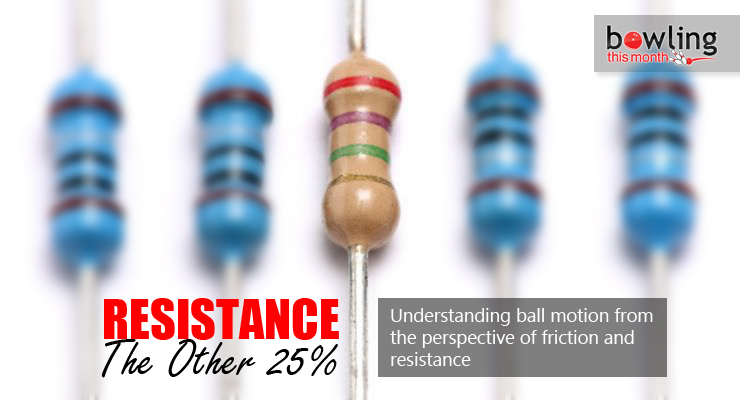 I’ve long been a believer in the K.I.S.S. Principle (Keep it simple, stupid!). Last year, I compared the four elements of a ball to a vehicle. The core of the ball is like the engine, the cover material the profile. The layout is like the transmission and the surface is like the tires. I pointed out that all four elements in a bowling ball must work together to a common purpose just as the elements of a vehicle must work together to allow it to do its job most successfully, whether it be a hard working, powerful pick up truck or a high speed race car. Since writing that article I have done more research and, more importantly, given the matter a lot more thought.

I realized that, while the vehicle analogy makes the four elements of bowling balls more understandable, the overall concept of ball performance and reaction can be broken down even further to two simple components: friction and resistance.

We all know the ball initially skids down the lane. It begins to slow down as it finds friction. This allows the rotation of the ball, applied by the bowler’s release, to become equal to the forward motion of the ball in terms of energy. This is what allows the ball to begin to hook. We also know that finding friction too early will cause the ball to lose energy before arriving at the pins, resulting in a loss of carry and, in extreme cases, won’t allow the ball to even make it back to the pocket.

Resistance is the willingness, or lack of, of the ball to rev up. Since the ball does not reach its maximum power until it reaches its maximum rotation, how long it takes to reach that point affects how ...

Image credit: Resistors photo (©iStock.com/mauhorng) is licensed for use by BTM and is the copyrighted property of its original creator.