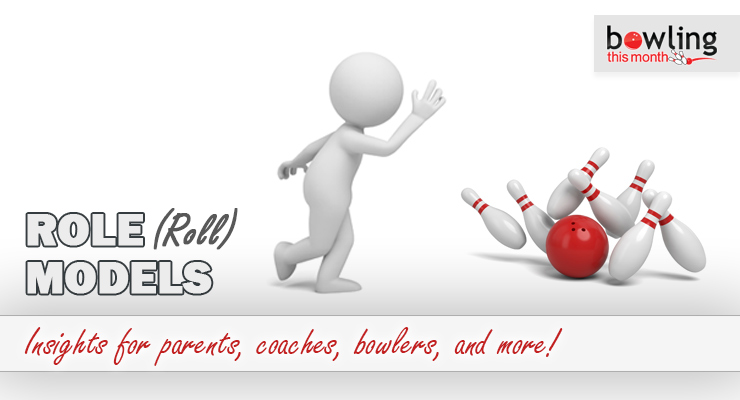 This month, we are going to look at role models, or, as they might be called in the bowling community, “roll” models. We have all heard the term, and many of us have been influenced by them. Whether we want to admit to being influenced by them or not, or they want to admit to being an influence upon us, they do exist and they certainly can have an impact. Sometimes it is a positive one, and sometimes it is a negative one.

This article is designed to re-emphasize to our bowling community specifically, and to the broader community in general, the importance of attitude, behavior and perspective, and the potential benefits and detriments which can result. Everyone in the bowling community is a potential role model: adult bowlers, parents, coaches, and yes, even youth bowlers themselves who have reached a certain level of both accomplishment and maturity, can all act as role models.

So where are we going with this? Well, if you are reading this, most likely you fall into one of the following categories of potential role models, whether you want to or not. You see, being a role model is not something we necessarily decide upon; it is instead in the eyes of the beholder. So, if there is someone who looks up to you, admires you, or watches you from near or far, they have chosen you to be a role model, at least at some level.

If you believe you are someone’s role model, embrace it. You can make a positive difference. If you do not believe you are, take another look; you may actually be one and not know it. Either way, just take ...

Image credit: Bowler / pins / ball illustration (©iStock.com/abluecup) is licensed for use by BTM and is the copyrighted property of its original creator.