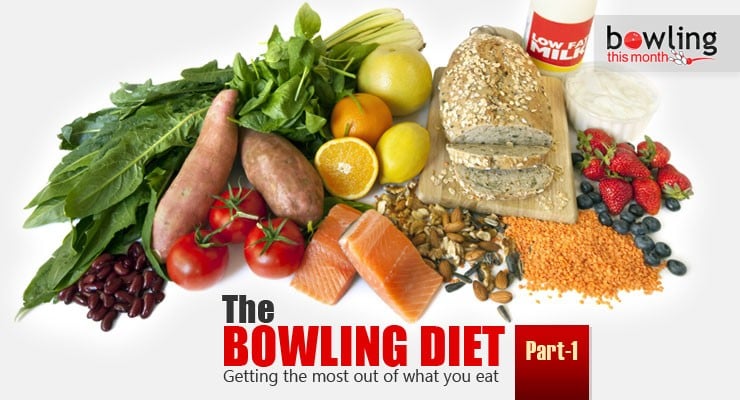 If I asked most bowlers who their favorite athlete is, they probably would not name another bowler. Such is the stigma of our sport, that we even view ourselves as non-athletes. Bowling is a precision sport, so while it doesn’t require the same athletic abilities as football, basketball, or tennis, it does require fitness to compete at its highest levels.

Precision sports, by and large, produce very uneven amounts of stress on parts of the body. For example, other precision sports include archery, curling and golf. They are repetition heavy in that the same or similar movement is repeated thousands and thousands of times during the careers of the athletes performing them. Bowling is no exception with a dominant hand, slide leg, and the torque going on at release point. This has significant effects on the body and over the next few articles, I’m teaming up with nutrition expert Raffi Narayan to bring you what bowlers can put into their bodies to make sure they get the most out of them.

It’s not always easy to eat well in general, let alone when you’re traveling to tournaments or going from work to league night and relying on fast food and bowling center menus to keep you going. We wanted to talk about ways to eat better prior to, during and after a competition, to give you the best chance at peak performance.

Before we go any further, we’ll change the word diet to eating habits. Diet implies temporary changes to lose weight and not necessarily a permanent change to improve health. There are plenty of bowlers (myself included) who might not need to lose weight, but do need to improve their eating habits if they want to perform at their best.

Habit is such a familiar word: it’s either our best friend or worst enemy. Every first of January we swear off some of them and attempt to introduce a whole set of new ones, all ...

Image credit: Food image (©iStock.com/robynmac) is licensed for use by BTM and is the copyrighted property of its original creator.