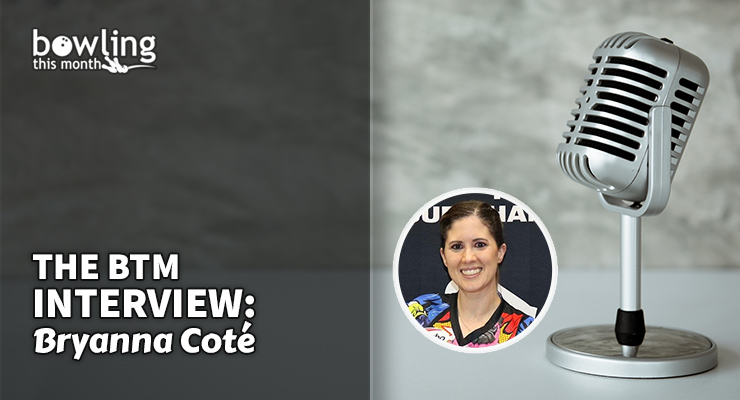 Leading up to the 2022 PWBA season, Bowling This Month has interviewed three athletes to discuss their 2021 campaigns and their preparations for 2022.

In this final installment, we talk to the reigning PWBA Player of the Year, Bryanna Coté. Bryanna won the ITRC Classic in 2021 for her second career PWBA title, and she also made five other championship round appearances to finish atop the season’s points list. She is a seven-time member of Team USA, with multiple international medals to her credit.

(Please note that our questions appear in bold italics and Bryanna’s answers appear in standard typeface.)

Let’s start with your Player of the Year season last year. How would you describe that whole experience?

I’d say the biggest thing that comes to mind is “consistency.” I did have a couple of stops where I didn’t perform well, which happens in a long season. Sometimes you just bowl bad, and I own that. No fault but my own. But for the most part, I was just consistent for the rest of the season. I think that’s the key to success on tour.

You may not be in the top five all the time, but if you’re consistently making those cuts, putting yourself in a position to maybe make the top 12, and then make the show, at the very end of the season, it shows.

So consistency is the key here, because you won your only title in 2021 very early on. How was that first event in Dallas?

Yeah, the second event of the year! That in itself was a shock. We’re all rusty, we’re all not quite sure where our games are. I ...

Image credit: Microphone image (©iStock.com/Anawat_s) is licensed for use by BTM and is the copyrighted property of its original creator.