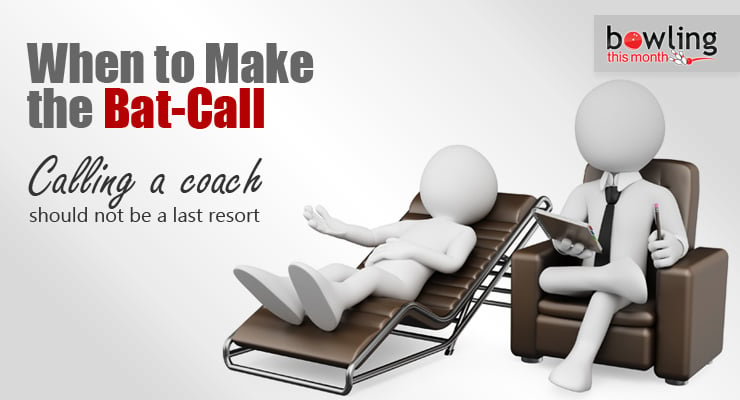 There comes a time when even the best bowlers in the world need to seek help from a coach. It seems to me that accomplished bowlers often wait too long before they call their coach or seek outside help. When my friend Eric Forkel was on tour, he called it making the “Bat-Call.”

After a long day of working out on the lanes, Eric and I would stay up nearly all night talking. We weren’t talking about the cutest girls and boys in class; nope, we were talking about the different coaches he had worked with over the years and how coaches had helped guys on tour at very key moments in their careers.

Cue music from Dragnet: The following story is believed to be true; the names have been changed to protect the innocent. Eric told me about a now retired PBA Hall of Famer who was really struggling on tour. I will call this bowler Superstar. Believe me, he was, and I am sure still is, a superstar any time he picks up a bowling ball. This bowler, in the not too distant past, had had great success winning titles and earning big checks, but all of a sudden could not earn enough money to make expenses. At this time there were no guaranteed checks on tour. If you got a dollar, you had to win it.

Superstar continued to struggle and his regular coach (one of the best in the world) could not seem to come up with the answer. Finally, out of desperation, Superstar asked Eric Forkel to make the Bat-Call. That meant for Eric to call in the coach Eric was working with at the time (not me) to see if he could help.

Eric’s coach was also one of the best in the world and the two coaches didn’t like each other very much. Superstar was one of the nicest people to ever pick ...

Image credit: 3D people / chairs illustration (©iStock.com/texelart) is licensed for use by BTM and is the copyrighted property of its original creator.