Ball Speed and the Right Equipment

How to get more of both 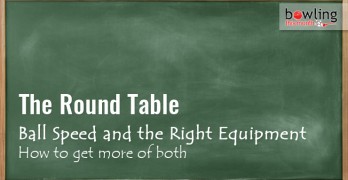 Welcome back to the Round Table. As I write this I’m gearing up for the USBC Open Championships in Reno. I hope you will stop in and say hello while you’re there. This month, our expert panel of coaches discuss...

How to Become a World Class Player 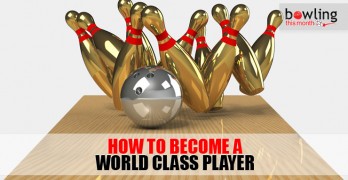 The USBC Masters Championship was played in Reno February 6-13th. Although there were hundreds of competitors, realistically there were only a handful who could actually win the tournament. What?!! How can we say this? There were dozens of PBA title...

Performing a personal evaluation on your game

It’s six o’clock on a Saturday night. A bowler sits in a chair with his forehead resting in the palms of his hands looking down at his well worn bowling shoes, wondering what went wrong. He had forced himself to...

In this month’s issue, I present a study I conducted at the Kegel Training Center in February 2011 to measure the impact of a two-tiered pre-shot routine on shot consistency. The two-tiered process includes an elongated breathing technique and an...

Things that go bump in the night 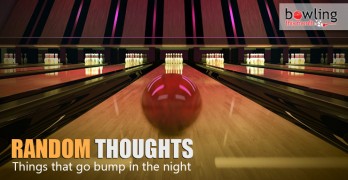 There was a silence full of anticipation as Mika Koivuniemi prepared to throw his first shot in the tenth frame of the third game of the WSOB eight-man stepladder finals at South Point in Las Vegas. Mika needed only 9-spare-9...

Should Coaches Rely on Cameras or Watchful Eyes?

Bowling is currently benefiting from a growing number of highly qualified instructors. Proper coaching and instruction have been the catalyst for the growth of golf and tennis. These two sports, along with bowling, are not instinctively natural. They can only... 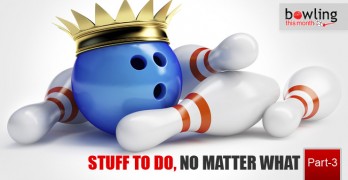 Here are the last few No Matter Whats...at least until I learn some more. “No matter Whats”,—if you’re just tuning in to the series—are what I call universal bowling applications. The pay attention NMW I’m always surprised at the number...

The Eagle is a remake of one of the most successful balls in the history of 900 Global, the Break Out. The Eagle features the same asymmetric core as the...

The Elite Alien Pearl uses a medium RG core combined with a reactive pearl cover. This ball is clean through the front and creates a medium read of the midlane....