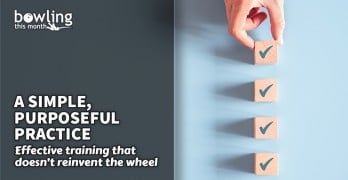 We are in the thick of league and tournament season. While this isn't the time to be making drastic changes to your game, effective training strategies can go a long way to improving your results in peak competition periods. With... 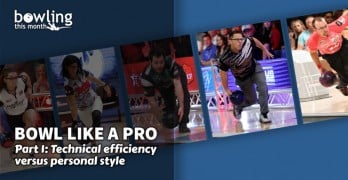 What does it mean to bowl like a pro? For many, it’s as simple as striking a lot or scoring high. For others, it’s about looking a certain way, often by emulating the style of one of their favorite bowlers.... 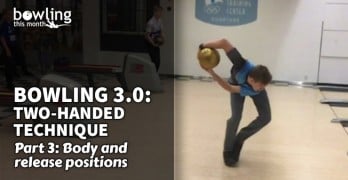 In following with the same format of our one-handed discussion from the Bowling 2.0 series, the final two elements of the two-handed game that we need to cover are the body position and release. In addition to these topics, I’ll... 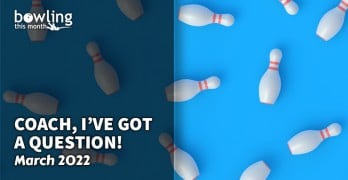 In this recurring feature, I’ll be answering questions from Bowling This Month readers, or questions I’ve received from bowlers I work with, that might not require the depth of a full-length article, but that can definitely benefit more than just... 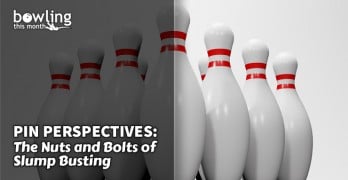 In a sport requiring consistency and repetition, combined with the many moving parts of the modern game, it only takes a small cog in the gears to get stuck to start you on your way to a slump. Perhaps it’s... 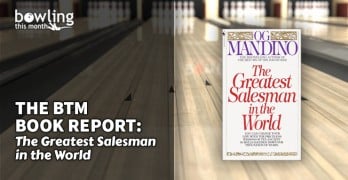 The Greatest Salesman in the World by Og Mandino is told as a fictional story around a central character who was given scrolls with the lessons needed to become a great salesman. While the book attempts to consistently bring the advice...

The Speed is the first ball in the current Columbia 300 Pro Performance line. Its all-new asymmetrical Shifter core is a low RG, high differential design. Wrapped in the new...

The new Collision joins DV8's High Performance line by introducing a brand new core and coverstock. The asymmetrical Collision design features a low RG of 2.462" and a large differential...

The Mythic Jackal is the latest entry into the Jackal line for Motiv. The Mythic uses the same asymmetrical Predator V2 core design that we have seen in previous Jackals,...

The Bigfoot tiptoes its way into the Radical lineup with a new symmetrical core design wrapped in the TP-1+ coverstock from the Results Plus. This new core shape has a...

The Conspiracy Scheme uses the same asymmetrical core design as the original Conspiracy, wrapped in the all-new MOtion Magic Solid coverstock. The hybrid version of this cover formulation was used...