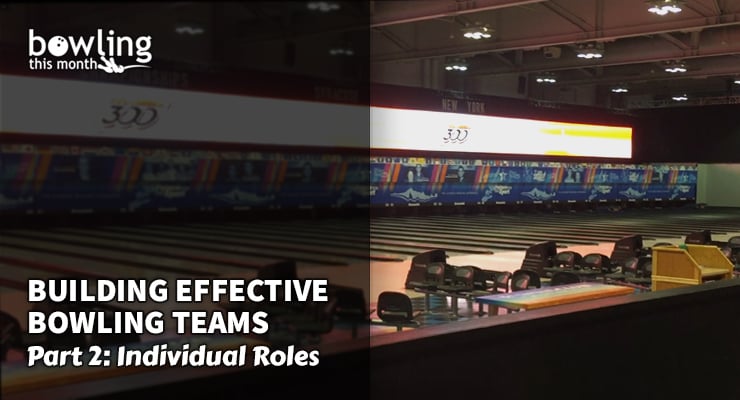 With the USBC Open Championships finished for another year—and new rules in place for next year’s event that will force many teams to change their lineups—it’s a good time to follow up on my article from last year about building effective bowling teams. In that article, I spoke of some of the foundational elements of successful teams. This time, I want to go into more details about the individual roles necessary for good teams.

More often than not, leadership is cited as the primary need for any high functioning team, and it’s true. No good team can function without strong leadership in the form of one or several members. That said, it’s not the only important function when looking at building a team. In my work with teams over the years, we’ve identified several important roles that need to be filled. First, I’ll break down the big three: leadership, communication, and energy. Then, I’ll get into some of the other complementary roles that are equally important, but are often smaller and more situational.

We’ll start with leadership as what most people consider to be the most important role. Every great team in every sport has great leadership in the form of one or—more likely—several players and coaches. In the example of a USBC Open group, it’s often the bowler who organizes the group, takes care of the registrations, and coordinates all other manner of “logistics.” Sometimes, this role is filled by the best bowler on the team, but not always.

This is what we could call off-lane leadership. We all know that bowler who is the go-to person for organizing travel, planning dinners on the road, always knowing what’s going on, and who is responsible for making sure everyone shows up to bowl on time.

The second part of leadership would be considered on-lane leadership. This may or may not be the same person. On the lanes, the leader generally helps dictate strategy and is more vocal and supportive of teammates than some of the quieter bowlers. They can also be quieter by nature and provide a calming influence with their body language and aura of confidence. There are different styles of leadership, but ...