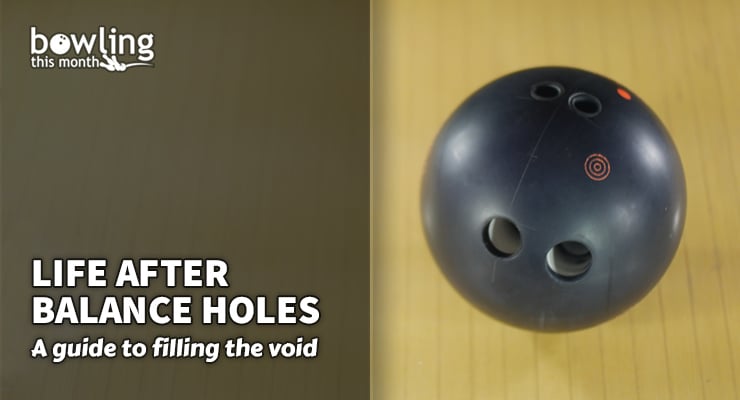 If you’ve been paying any attention at all over the last couple of months, you’re likely already aware of the recent USBC rule modifications affecting how bowling balls can be drilled. Just to recap, here are the relevant changes1:

The bottom line with these rule changes is that there is essentially a two-year “phasing in” period that gives bowlers time to adjust to the new rules. If you so desire, you can start drilling balls right now that conform to the new rules (no balance holes, but with looser static imbalance limits). Or, for the time being, you can continue drilling balls that conform to the old rules (with balance holes, but with the old, stricter static imbalance limits). Also, bowlers now have the option to start plugging their balance holes in preparation for the August 1, 2020 balance hole ban. You certainly don’t have to do this right away—you have almost two years before balance holes officially become illegal—but it is certainly an option for people who want to start moving their arsenals in the direction of the future rules.

In my last article, I addressed the topic of static imbalance in quite a bit of detail. If you haven’t yet read it, I encourage you to do so now, as much of that article is relevant to what follows. In this article, I’ll focus on the other piece of the puzzle: balance holes. We have a lot of ground to cover, so let’s get right to it.

First of all, don’t panic!

If you read my last two articles (here and here), then you already know that I’m very much not a fan of the balance hole elimination rule change. I think it’s quite pointless, and I believe that it will prove to be completely ineffective in producing the outcomes outlined by the USBC2.

In most cases, for balls that already have balance holes, plugging them isn’t going to make much of a difference in terms of on-lane performance. And, when you go to drill your next new ball, the fact that you can’t use a balance hole just isn’t going to significantly change the maximum amount of performance you can get out of it.

We’ll talk more about all of this in detail below, but the bottom line for concerned bowlers is that there isn’t much to panic about when it comes to this new rule change. In short, don’t worry: your ball will probably still hook without a balance hole.

But how can I say all this? Didn’t the USBC just do three years of research that proved balance holes are a problem that needs to be fixed? Didn’t they just prove that eliminating balance holes will reduce the hook of bowling balls by two boards?

In my opinion, no and no.

I’ve read every last word of the USBC’s recently-published research3 on this topic—over 100 pages of information—and they simply don’t make a compelling case in support of their narrative that eliminating balance holes will “help maintain the playing environment by reducing overall hook by approximately two boards4.”

I simply don’t believe that a traditional flare-increasing balance hole (such as a P3 or P4 hole, to use the terminology of the popular Gradient Line Balance Hole system5) creates a significant increase in hook in an already-high-flaring bowling ball. This is actually fairly straightforward to test and demonstrate. Brunswick did it more than 10 years ago6. Storm published a test that showed this just a few weeks ago7. And, I’ve done this kind of test myself—numerous times—both in the real world and in the world of physics-based ball motion simulations. The result is always the same: adding a traditional flare-increasing balance hole to an already-high-flaring bowling ball does not make it hook significantly more, all other things equal.

Let’s look at the theory behind this—along with some examples—so that you can gain a better understanding of what to expect as you transition into life after balance holes over the next several years.

Most everything you need to know to understand balance holes and their impact on ball performance has already been covered in my previous article on this topic. In case you don’t feel like re-reading it, here’s a brief recap8.

Balance holes can no doubt have a strong effect on the mass properties of the bowling ball, and that can no doubt have a strong effect on how much track flare the ball has. But, the extent to which those things affect the ball’s on-lane motion varies quite a bit. In other words, in some cases, a giant flare-increasing balance hole will make a ball hook significantly more. But, in other cases, that same giant flare-increasing balance hole might make it hook slightly less. This might sound confusing, but—as I said in my earlier article on this topic—not all identical balance holes are created equal. To put it another way, not all identical balance holes create the same effect on the ball’s motion. 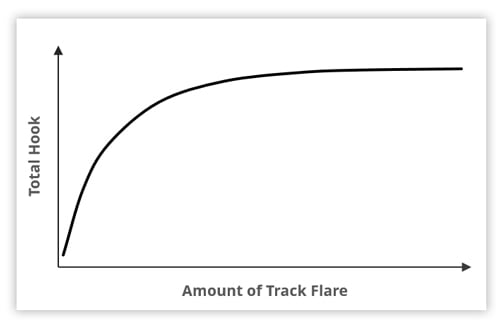 The very non-linear relationship between total hook and track flare.

To summarize the above graph, total hook increases as track flare increases, but a point of diminishing returns is eventually reached at which point additional track flare results in ever-diminishing amounts of additional hook. On the left portion of the above graph, each of the ball track’s oil rings overlaps the previous one by some amount. This overlapping of adjacent oil rings reduces the amount of friction the ball experiences. As track flare increases (moving to the right on the graph), the flare ...

Bill is the founder of BTM Digital Media, LLC and he manages the day-to-day operations of Bowling This Month. He has a graduate degree in Mechanical Engineering, he developed the Powerhouse Blueprint ball motion simulator, and he has been an avid bowler for more than 25 years.