You don’t have to be an astronaut to feel weightlessness

I am often asked what single thing separates the best bowlers in the world from wannabe bowlers who try to make it to that level but fail. Of course, there is no one single answer but if I am forced...

When keeping score has a different purpose 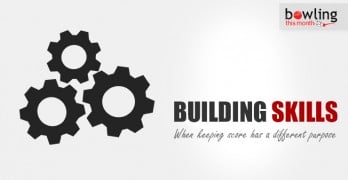 This month’s article is in response to a reader’s request to create skill challenges to foster improvement in lane play skills and accuracy. With this in mind, I present a number of games, challenges, and practice methods to help you...

A simple procedure for continuous improvement 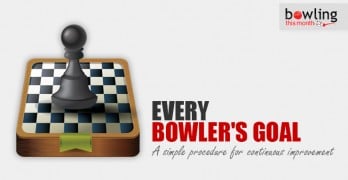 Often what is discovered in one area of life can be used in another. The more fundamental the finding, the more broadly it can be applied successfully. For example, while working at a company as part of a large team,... 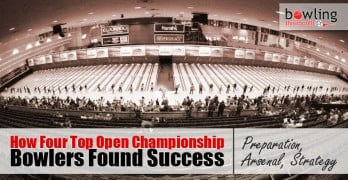 The USBC Open Championships have been contested for more than 100 years and a title at the world’s largest participatory sporting event is among the most coveted in the bowling. Each year, more than 65,000 bowlers compete in singles, doubles,...

The surprising challenge of house shots 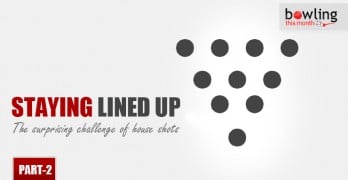 Last month, I introduced a decision-making framework (see Decision Flow Chart) to help bowlers deal with changing ball reaction as lanes transition. This month, we will be applying that framework to ‘house shots’. They come in all shapes and lengths... 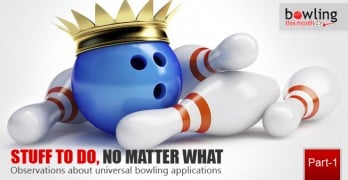 I’ve been developing this list since I started bowling. It was just some observations I made: if I did this more often, this happened; if I didn’t, good things happened less. I didn’t know it would turn into a bunch...

How to work your way out of preconceptions 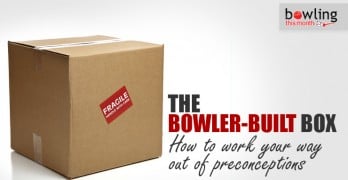 Many, many years ago as an undergraduate art major at California State University Northridge, I created a short animated film. It featured the white silhouette of a man on a black, star-studded background. The man was trapped inside a box....

A dependency on precision and patience 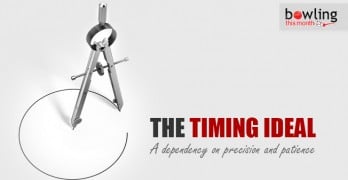 One of the most important aspects of proper execution in any sport is rhythm and timing. In baseball, hitters, as well as pitchers, rely on timing to perform at higher levels. In football, despite the advantages of players being bigger...

The Bank Pearl is the latest high performance release from 900 Global. This new release uses the same SRC core found in the original Bank. The main difference between these...

The C(System) alpha-max is the fourth release in Brunswick’s Chemical Friction Technology line of balls. This one is easily the strongest overall of the four. The alpha-max gets its strength...

The Loaded Revolver joins the Revolver in Brunswick’s upper mid-price category. It uses the same Jack core found in the Revolver with a different cover. The cover of choice is...

This mid-season release is the latest high performance ball from Columbia 300. The World Beater features the new Arrowhead core shape which has a medium RG combined with a high...

The Vital Energy joins the Vital Sign in Ebonite’s upper mid-performance category. Both of these releases share the same core design while featuring different covers. The change in cover to...

The Infection is the latest release in Hammer’s upper mid-performance category. Both the Infection and Plague use the same Biohazard core design. With its low RG, high differential, and medium...

The release of the Perpetual Motion marks the first time in the history of MoRich that a symmetrical core has been used in their product line. This new ball also...

The Storm Marvel uses the R2X solid reactive resin cover with a sanded 2000 Abralon finish and continues the use of aromatherapy scents in the shell. This ball is the...

The Victory Road is Storm’s latest addition to the Thunder line of bowling balls. It uses a new modified version of the Fe² core that was used in the HyRoad....

The upper-mid performance Track 718A features both a new core and cover for Track. The new Robot core offers a combination of a lower RG and higher differential as well...