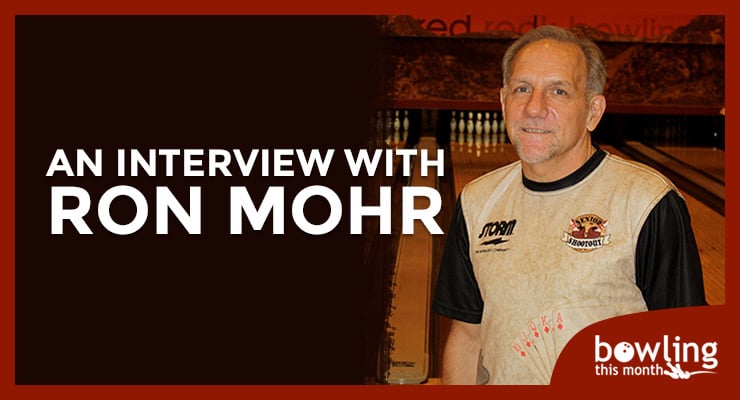 For many years, the PBA50 Tour (formerly known as the Senior Tour) was the pasture to which the National Tour Pros were put out. They were a fun group of bowlers (still are for that matter) where everyone knew everyone else on a week-in, week-out basis, and always welcomed the participation of local senior bowlers at each of their tour stops.

During the past 10 years, things on the PBA50 Tour started to change. The generation of superstars from bowling’s golden era started to hit the big 5-0 and the PBA50 Tour became the place to go for the PBA’s heavy-hitters like Walter Ray Williams, Jr., Norm Duke, Pete Weber, Brian Voss, Randy Pedersen, and Parker Bohn III. Among these familiar names from the National Tour, one name stands out as the odd man: Ron Mohr.

Joining the PBA50 Tour in 2008, Ron quickly made his presence known. In 2011, he became a dominant force among the seniors, winning four titles, including the 2011 Senior U.S. Open. He has continued to be a major player through this year where, despite a lack of wins—due primarily to Pete Weber’s unprecedented four straight PBA50 titles—Ron Mohr led qualifying in four of seven PBA50 tournaments. 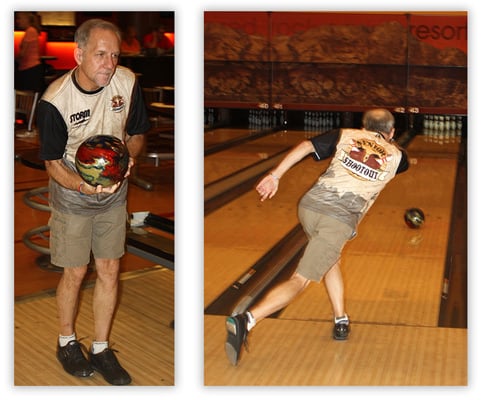 So what’s the big deal? The big deal is that Ron Mohr is the only consistent winner on the PBA50 Tour who never won on the PBA National Tour. In fact, while the big names were winning on the National Tour, Ron was working as an air traffic controller in Alaska. Read on to hear Ron’s incredible story.

(Please note that my questions appear in bold italics and Ron’s answers appear in standard typeface.)

Among the bowlers who fans expect to see at or near the top of PBA50 Tour events, you stand out as the one who did not simply migrate from the top of the leaderboard on the National Tour. What made you decide to start a professional bowling career after reaching senior status?

That’s a really good question. I don’t know that I could really categorize it as deciding to start a professional bowling career after becoming a senior. I had been on Team USA a few times, so I knew that I was reasonably competitive beyond my little world in Alaska. I had a pretty good job as an air traffic controller that offered an early retirement. I retired at age 52, and said, “OK, I’m going to give the Senior Tour a shot.” I actually bowled my first three stops as a non-member before deciding to do it full time.

I went to bowl my first stop and got to cross with Teata Semiz, with Harry Sullins to my left. I really had the whole swivel-head thing going. I qualified fourth in the tournament, which was really a pleasant surprise. Was this an anomaly, or can I be competitive out here? The next tournament was the Ladies and Legends Tournament in Rockville, Illinois, where the men bowl and the women bowl, and then you’re paired up depending on where you qualify. I ended up qualifying third and was paired with Joy Esterson. The bottom line was, after bowling my first two PBA events, I found out that I could be competitive.

At that point, since I had cashed in two events, I had to join the PBA before bowling my third event. That first year, 2008, I probably had more fun bowling than I had ever had. So, it kind of evolved into a PBA50 Tour career based on the fact that I found out that I could ...