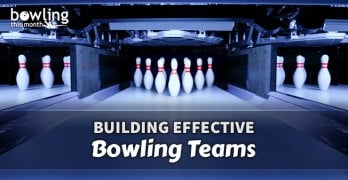 At its core, team building is the art of creating synergy among people. Synergy is defined by the American Heritage Dictionary as "the interaction of two or more agents or forces so that their combined effect is greater than the...

A discussion of some common problem areas for competitive bowlers 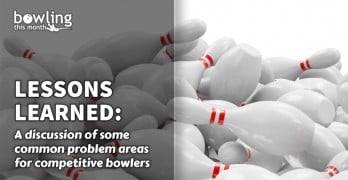 Over the years, I’ve chosen to concentrate most of my efforts to help bowlers into the articles that I write. This year, however, because of the USBC Open Championships being held in Las Vegas where I live, I've had the...

The Basics of Improving Your Bowling Game – Part 1

An introduction to the pins, lane, oil patterns, and bowling balls 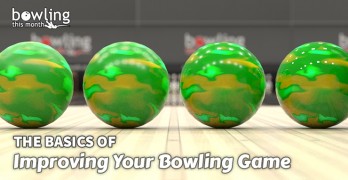 So, you’ve been bowling for a while, but never really taken it seriously and now you want to get a little better. Maybe you’ve joined a more competitive league or you’ve finally been bitten by the practice bug. Or maybe...

The AMF Ninja Pearl SE uses the same symmetrical Shredder core as the Ninja SE. The differences between the two Ninja SEs come in the coverstock and box finish. The...

The Affinity joins a trio of Game Breaker 2 releases in Ebonite’s Mid Performance line. This ball uses the brand new symmetrical Affinity core shape and pairs it with the...

The Ebonite Turbo/R is available in three color combinations, all using the GB 10.7 coverstock and the new Turbo/R core. This symmetrical weight block is a high RG shape (2.59")...

The Trident Quest uses the same asymmetrical Turbulent core from the original Trident. The weight block, however, is where the similarities between the two Tridents end. The Trident Quest has...

Following in the footsteps of the original Cyclops, the Cyclops Pearl is the second ball from Radical to use the Spindle Symmetric core. Whereas the original paired this higher RG...

When we reviewed the original Cash, we were impressed with how much energy it retained for the back end, considering that it was such an aggressive bowling ball. The Radical...

The Roto Grip Hot Cell is a first in this era of bowling. This ball takes an old-school urethane coverstock and pairs it with a large, high-flaring asymmetrical core. The...

The Logix is the newest addition to Track's Upper Mid Performance line and it brings back the LT-2 asymmetrical core shape from the Legion series. Its QR-7 Pearl cover is...